To kick off my new schedule of posting will be an article much like you saw back on July 4th. As of late, four games have been controlling my playtime. I just got started playing three of them in the last few days, so think of this as my first impressions of those.
Order Up! 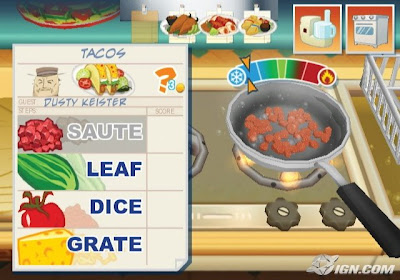 System: Wii
Recently I purchased Order Up! and am surprised at actually how fun it is. So far I've only unlocked the first restaurant, the Gravy Chug, and American restaurant with hamburgers, grilled cheese sandwiches, and macaroni and cheese. Almost all the motion controls work well. I've only had gripes with one, which was peeling lettuce. But other than that the game has me hooked. I haven't played too much, but I can already tell I'll be putting in many hours into this one.

Expect a review up sometime in the coming weeks. 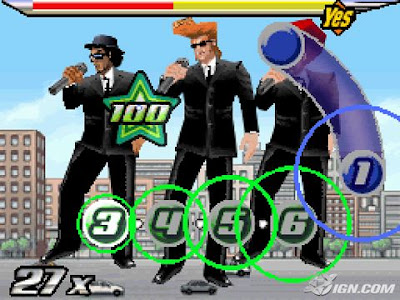 System: Nintendo DS
My second game that I just started playing. Elite Beat Agents is one of the uniquest experiences I ever had on the DS. To add to that, it's also one of the funniest and overall greatest times I've had on the DS. The developers really nailed the concept on this one. I espeicially love the stories of each song. If you haven't, you really need to check out this game.

As with Order Up!, I'll probably review this game sometime soon. 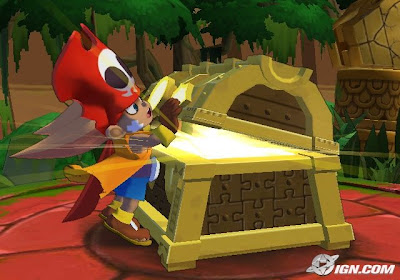 System: Wii
I finally picked up Zack & Wiki again, and damn it's still fun. I'm in the later puzzles and it's super challenging. I stuck on one particularly hard level in the haunted house stages. The game really is one of my favorites on the Wii, even if I don't particulary like the art styel. 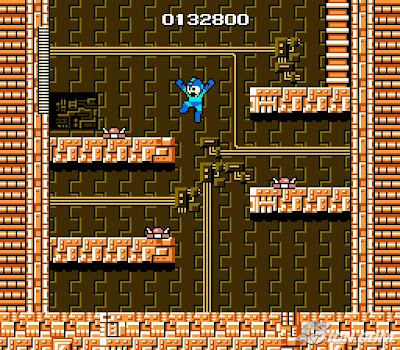 System: NES (via Virtual Console via Wii)
The original Mega Man was recently released on the Virtual Console a week ago. Capcom decided to put out Mega Man, and later Mega Man 2, to lead up to the release of their 8-bit Mega Man 9. It's still fun as heck and really old-school challenging. I like it and am definitely going to get Mega Man 2 and 9 when they come out on the VC.

And that wraps up my four favorite games of the moment. Like my picks? What games have you been obsessed with lately? Tell me in the comments...
Posted by Kyle at 3:59 PM 1 comment:

Poll: What current gen systems do you own?

I'm dead tired so instead of an article, how about a poll.

The poll is: What current gen systems do you own?
It's Wii only for me. I really need to get an Xbox 360 or PS3 though, as I'm missing out in a lot of games that sound great (e.g. Mass Effect, Bioshock, Ratchet and Clank.)

So what is it for you? Don't forget to vote! Just choose your answer and hit submit (or OK or whatever the button is!)

Poll ends 8/23/08. And it'll give me another reason to make some lame article like this!
Posted by Kyle at 9:56 PM No comments:

Random Thoughts On Video Games And The Industry 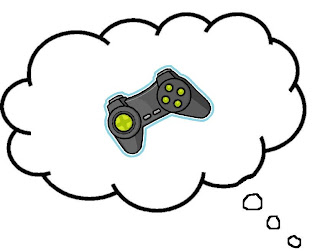 Can't really think of much to make into a full article, so I'll just write a bunch of jumbled thoughts on video games and the industry as a whole...

Watched a video tour on Wiifolder of Order Up, and the game actually looks really fun. I mean, I'm seriously considering buying it, even though I'd heard nothing much notable about it up to this point. The whole Cooking Mama mini-games, restaurant sim, and multitasking strategy combine into a seriously fun looking game. While the reviews have mostly been in the 7's, there have been some 8's and I'm thinking about buying this everyday. Still waiting for that IGN review though!

Bought Blast Work a little while ago. When I first booted it up, I was disappointed. Seriously underwhelmed with what was there. But I bore through it and tried out the editor, which is very complicated and not too user friendly. So that was then end of that (after only 15 minutes). But the next day I tried it again and found the gameplay to be very fun. It is definitely difficult and has quite a learning curve. Even on the lowest difficulty it kicks my ass.

I'm really worrying about my money situation this holiday, especially about Guitar Hero: World Tour. Amazon.com lists it at $189.99. That's quite a bit of moola for one game. On a similar note, today Michael Jackson's hit "Beat It" was announced for the game, and I couldn't be happier!

Wanna know a crazy fact about me? OK, lately I've been listening to a lot of gaming podcasts, because, well, I get bored a lot. And whenever I do, I play Super Mario Bros. on the Wii. And I kinda zone out and just listen to the podcast. But I do so well at the game. I rarely lose a life until the very few last worlds. A couple of nights ago, when listening to IGN's Nintendo Voice Chat podcast, I made it all the way to World 5-2 until I finally lost a life! It's intense.

Started playing some Zack & Wiki again. Finally beat a puzzle that got me stuck. I now can see why I loved the game in the first place. I'll probably do a review sooner or later, so look out for that!

And the Final Thought: Captain Rainbow = WTF. Don't believe me? Just check out this video...
Posted by Kyle at 11:01 PM No comments:

7 Things To Do On Your Wii 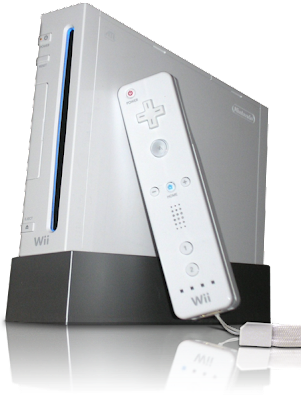 I've heard a lot of complaints of people saying they've got nothing to do on their Wii. An IGN blogger even went so far and sold their's on eBay. (With such great games coming up, what a mistake.) So I'm here to list, plain and simple, 7 things to do on the Wii. Hopefully someone will find at least one more thing to do... 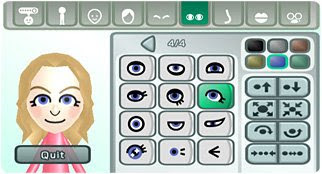 You see that Mii Channel? Click on it, seriously. You'll wastes away some good time making little avatars of yourself, family, friends, celebrities and movie/tv characters. It'll get old, but it does possess it's charm. Plus you can use your Miis in certain games, which is cool.

6. Surf the web. Using the downloadable Internet Channel to surf the web. I mean why would you want to your computer? Almost all sites will work on your Wii and YouTube videos work, which is nice. They're also a lot of flash games built to use the Wii's Internet Channel.

5. Watch trailer, video interviews, and other Nintendo product videos at the Nintendo Channel. Most of them are just trailers and game information, but there have been some rather good ones, like the Guitar Hero: On Tour developer's interview. 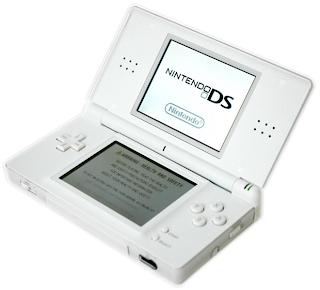 This too is available at the Nintendo Channel. They've offered some pretty good titles, but not a whole lot of gems. Contra 4, Crosswords DS, Ninja Gaiden, and Trauma Center have been some of the good ones.

3. Download and play classic games. NES, Super NES, N64, Neo-Geo, Genesis... yep they're all on on the Wii Shop Channel and ready for you to download. While there's still a lot they could put on their to please Nintendo fans (i.e. Earthbound, Mother, Super Mario RPG.), there's a lot of good, retro games on there currently. Almost every Mario platformer is there, from Super Mario Bros. 3 to Super Mario 64, which is a good place to start in downloading Virtual Console games.

2. Download and play WiiWare games via the Wii Shop Channel. A neat little service that actually has quite a few good games. Quite a bit of shovelware too, but some good titles nonetheless. Some great ones include Dr. Mario, Toki Tori, and LostWinds. 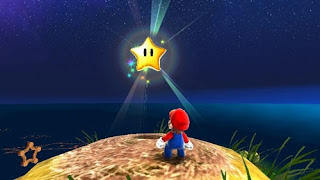 This is why it puzzles me when people complain about the Wii. There are so many great titles, both first- and third-party. I mean, come on, we've already got Zelda, Super Mario, Smash, Mario Kart, and Paper Mario in less than two years since the Wii's launch. There's also a lot of quality in third-party titles such as Boom Blox, Guitar Hero III, No More Heroes, and Zack & Wiki.

So there you have it. I really see no reason to complain about lack of things to do on the Wii; there's plenty!
Posted by Kyle at 8:19 PM No comments: 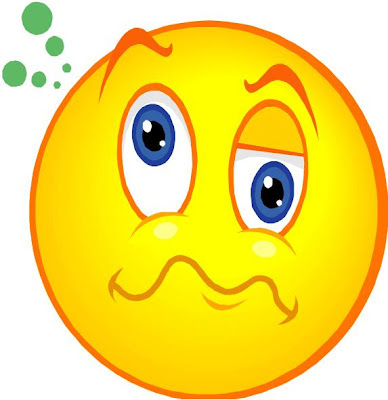 Where's my Blast Works?
I was planning on my Blast Works copy being here by now and doing a review or a little impressions article... hopefully it's in by tomorrow and I can do just that. Or I'll have to wait until next Monday.
Posted by Kyle at 9:41 PM No comments: