With no Nintendo news for the last month or so and E3 coming up, it's pretty safe to assume Nintendo has some big games they're planning to show off and the Expo. Some of the games are practically confirmed, whiles others I'm not so sure of. Read on to see my predictions for Nintendo at E3 '08

The crew at IGN have practically confirmed it in some of their latest podcasts. And rumors have been floated all over the web about the rebirth of Nintendo's classic franchise. 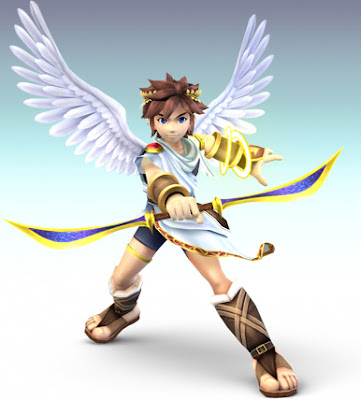 Pretty boy Pit from Super Smash Bros. Brawl
Seeing that only two games have ever been released in the series (the last one in 1991 for the GameBoy), this will have been around 17 years since a Kid Icarus game was released. He appeared in Brawl too. So it's safe to say I'm 99% sure he'll be at E3.

Animal Crossing for the Wii has been pretty much confirmed by Nintendo when they were first showing off the abilities of the WiiConnect24 service. Think of it, sending letters to your friend's town and visiting their towns (maybe even while they're away!) And with Pay-to-Play recently announced from Nintendo, what better game to utilize that new service than Nintendo's own Animal Crossing? Just as they advertised when the Wii was first confirmed, think of waking up in the morning to find out you received something household item or piece of clothing from Nintendo. Animal Crossing is also very likely to be at E3.

There haven't been any rumors or news about a third Pikmin game, but as Miyamoto said in an interview with IGN, "I certainly don't think we've seen the last of Pikmin."

The Wii controls would fit the RTS elements of Pikmin pretty well; so it'd definitely work. Just like Pit, Captain Olimar starred in Super Smash Bros. Brawl, so I bet we'll see Pikmin 3 in some form at E3. But I could be wrong on this one.

Very little has been heard about this realistic survival game from Nintendo. For any of you who haven't heard of it, D:DoC was announced way back at the 2006 E3. And a year later at the next E3, the NOA's Beth Llewelyn said in an interview that it was still in development. With very little news since then, Nintendo fans such as myself hope that it doesn't turn into a Project H.A.M.M.E.R. and just fade away.

Besides the Wii Sports/Play/Fit franchise, Pikmin and Animal Crossing were the last original Nintendo series to be created. D:DoC could create a cool new universe for Nintendo to work with and expand. That's always good. 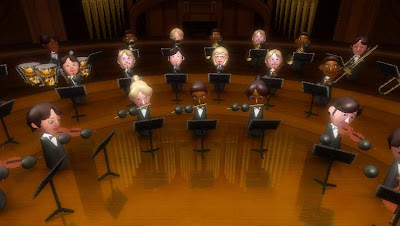 Imagine playing a classic Mario or Zelda tune...
And rounding up the Wii games is Wii Music! We've heard a little bit about this at previous E3's and other events. What is known about it is that Miis are used and you'll be able to conduct full orchestras. This will most likely be at E3 also.

This is a subject that has been hard pressed by fanboys and professional journalists alike. And it is a fact! The Wii needs some form of Hard Drive support! Whether its being able to load stuff off SD cards, USB hard drive support, or some other form of storage, it has too happen soon. With the recent launch of the downloadable WiiWare games, I found my self taking off almost all of my downloaded channels (yes even the Nintendo and Internet) and a couple of Virtual Console games to make enough room. Equal amounts of rumors have circulated the web of either a hard drive coming and it not. I desperately hope its the former and we'll see it at E3, but I really don't know.

Voice chat is an aspect of online gaming that, while Microsoft and Sony have used in all of their online games, Nintendo shuns it. Especially in games like Smash Bros. and Mario Kart it seems idiotic not to have it. Nintendo wants people's online gaming to be safe. But if this is the case, why not just have parental controls like limiting or restricting online and voice chat? Come on! Nevertheless, I have a feeling we'll see Voice Chat in some shape or form at the Expo. Hopefully.

To finish off the article I'll talk about the Nintendo DS at E3. The only game I can really think of being announced their is New Super Mario Bros. 2. The first was one of my favorites for the DS. It would sell very well, so I can see Nintendo taking the same path and releasing another. 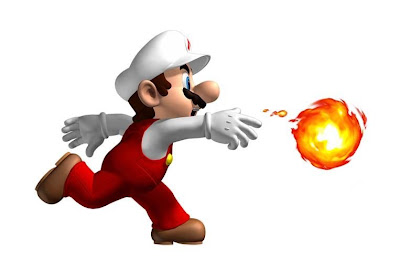 Fire Mario, what a bad ass
I bet they'll also announce some of the new DS colors that have been seen across the web. I've seen a new red, blue, and green DS Lite. Which brings me to my next topic... the next DS. Dubbed DS2 in the media, it'll be here sooner or later and what better time to announce it than E3? Though it's not too probable, it could happen.

Well that rounds it up for my E3 predictions. Sorry about the lack of DS stuff but I'm trying to lean this blog towards a more Wii-centered audience. Like my picks? Think I forgot something? That's what the comments are for.
Posted by Kyle at 4:46 AM