Nintendo's recent event has left a warm feeling in many Nintendo fan's hearts. After E3, so people claimed Nintendo was abandoning the hardcore. Though this certainly wasn't the case, it did seem that Nintendo was focusing more of their time and effort on more expanded audience games. A month or so ago, Nintendo announced they were having two press conferences, one in the United States, and the other in Japan. Though the info from the U.S. one was embargoed until Monday, a lot of news came out of the Japan one, and here are my impressions of the event. (For a recap of all the news that came out of this event, check out this page on NeoGAF.) Here's my impressions of all the news... Enjoy! 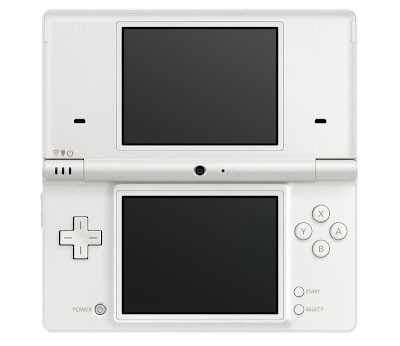 Definitely the biggest announcement at the show, the newly redesign of the DS sports a lot of new features. The most notable feature being the two cameras, one on the outside, the other on the inside. These open up a whole new realm of innovation for games. Plus it functions as a digital camera, so you'll be able to put them on your computer and on you Wii Photo Channel.

Some more additions, are the SD card slot, an Internet browser (probably a lot like the Wii's one, as it's powered by Opera), slightly larger screens, and an apps store, much like the iPhone's. I'm guessing Nintendo will also use this as a chance for classic Game Boy and GBA games to be downloaded and stored on the new flash drive. Nintendo also took out the GBA slot, which is kind of a mistake in my opinion, as how will Activision continue their Guitar Hero: On Tour series?

The DSi is supposed to be released later this year in Japan, sometime in Spring 2009 in Europe, and in Late 2009 in the US, which sucks for me, as an American, I'll have to wait a whole year. Nonetheless, this is a day one purchase for me. And I'm incredibly relieved I didn't pick up a DS Lite in the past few months. 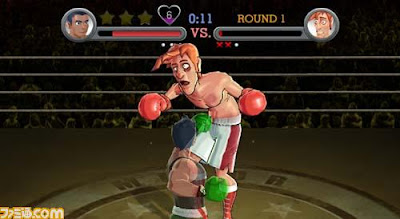 The three, biggest announcements in games had to be Punch-Out!! Wii, Sin & Punishment 2 (Wii), and Mario & Luigi 3 (DS). Punch-Out!! looks to retain that classic arcade feel with overly exaggerated characters. Sin & Punishment 2 is the equal to the Japan-only N64 release that was supposed really good (it was later released on the Virtual Console, but I have yet to check it out). Thirdly is Mario & Luigi 3, which is supposed to be released as a launch title for the DSi. All three games look very excellent, even in the early stages of development.

"Play it on Wii" Titles

Nintendo plans on releasing a lot of their best core GameCube titles on the Wii later this year (in Japan at lesat) and through out next year. They're not ports, but remakes. Their probably going to be cheaper too. The seven games confirmed so far are: DK Jungle Beat, Pikmin, Pikmin 2, Chibi-Robo, Mario Power Tennis, Metroid Prime, and Metroid Prime 2: Echoes. All of the games seem prime choices to implement Wii controls (especially the Pikmin's and Metroid Primes). I'll probably pick up most of these, since I never owned a GameCube (I know, I know, you can chew me out in the comments). I'm surprised Super Mario Sunshine and Wind Waker aren't in that list, but I'm sure we'll probably get those sooner or later. For a full information, check out the IGN article detailing each game... 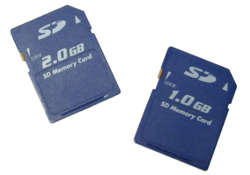 The long awaited storage solution for the Wii is here. You'll be able to load and save directly off SD cards. It's not a hard drive as some were expecting but, hey, it'll make do. It seems strange that Nintendo took so long for just this, but at least it's here.

Though the event had some pretty good news, there were several games missing from the conference. Disaster: Day of Crisis and Fatal Frame 4 are both like this. Both have been released in Japan, published by Nintendo. So you'd expect some kind of showing or at least a release date for the US. But none of this was found. Also notably missing was the rumored Kid Icarus. Whatever happened to Matt (from IGN)'s prediction of it showing at E3? I'm actually starting to doubt the existence of it.

And that round it up. What were your impressions of the Media Summit? Did I get something wrong or miss something big? Leave a comment below...