Is World of Goo really better (or equal) to Super Mario Galaxy?

Recently on Metacritic, World of Goo received an average score of 98, making it the highest rated Wii game. Currently, it's at 97, making it equally rated with Super Mario Galaxy, and above AAA titles like Twilight Princess and Resident Evil 4: Wii Edition. So is World of Goo really the best Wii game? Is it really equal to Super Mario Galaxy? Short answer, no. For the long answer, read on... 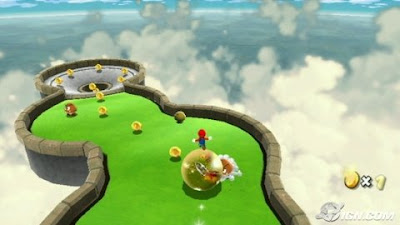 First off, I'm believe Super Mario Galaxy is the best game on Wii. And I seriously doubt we'll see something like that again (at least in this generation). World of Goo is an excellent game, but it has its minor flaws. Super Mario Galaxy has its flaws too. But overall, Super Mario Galaxy is just so much more of an amazing experience. It's a lot longer and the gameplay is just much more fun in my opinion. I wouldn't even go and say that World of Goo is better than Twilight Princess, Resident Evil 4, Super Smash Bros. Brawl, or Metroid Prime 3. Those games are all must haves if you own a Wii. But I would say that World of Goo is the best WiiWare game available for download, topping great, smaller titles like Mega Man 9 and LostWinds. And to anyone reading this, you need to go and buy World of Goo. It'll set you back $15, but be glad it's not $50, because it's worth that much. 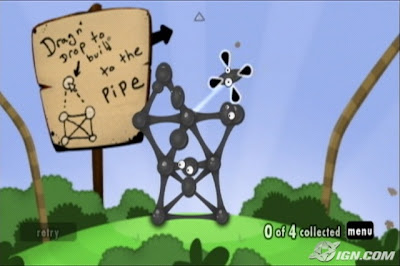 But there's another big reason, that Metacritic is wrong with saying it's topping all those great games: it only has six reviews. Metacritic is a good site to go by, as long as it has a lot of reviews, otherwise it'll usually lean to one extreme or the other. Don't believe me? Compare Super Mario Galaxy's Metacritic page to World of Goo's. SMG has 73 reviews, while WoG only has 6 reviews averaged. Once World of Goo has around 20 or so more, it would be safe to say the average is accurate.

But hey, why does it really matter in the end? Both games are excellent and worthy of your purchase (that is, if you have a Wii. If you don't, just go back to playing Steroid-abusing Space Marines: The Game or whatever you play on those other systems... just kidding). What do you think about my analysis? Have anything else to add? Leave me a comment below...
Posted by Kyle at 3:59 PM